This is the first in a three-part series about long-dormant downtown McComb buildings that have been purchased and the plans to resurrect them.

McComb officials have been pushing for downtown revitalization in recent years, with many of the once-bustling restaurants, shops and offices in the heart of the city now empty. Now, multiple groups of local young investors hope to bring the area back to the staple it was for their parents and grandparents.

Beau Greene and Benton Turnage recently bought the McColgan Hotel, one of three buildings purchased in downtown McComb in the past six months. The hotel at the corner of Main and Front streets has been vacant for decades, long past its heyday, but Greene and Turnage purchased the vintage landmark to restore it to the great hotel it once was.

Turnage’s great-grandfather Robert “Hollis” Darville Sr. owned the Taste and Sip Shop, a small store across the street from the hotel during its operation, and Hollis’ Drive-In on Canal Street in McComb. Turnage wonders if the area will ever see the same kind of success again.

The restoration of the historic hotel is part of a larger project that will hopefully flourish with the addition of a live music venue in the former Palace Theater across the street and a few new offices in the West Harlan building behind The Caboose.

“Everybody will feed off of each other,” Greene said. “If you put a couple more shopping venues downtown, who wouldn’t want to walk around the couple of blocks and buy a few souvenirs?” 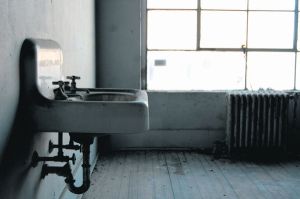 The McColgan Hotel was a focal point of downtown McComb at the turn of the century, overlooking the corner of Front and Main just mere yards from the railroad depot that spurred the town.

Turnage and Greene bought the building nearly 125 years after William McColgan opened his namesake hotel in 1889. The property in the disastrous fire of 1904 but was restored within the year.

The hotel was a popular spot for locals and travelers, with a restaurant and lobby on the bottom floor and hotel rooms on the second.

The building runs from the middle of Main Street to the end of the block, and multiple spaces on the ground floor are leased, including Pic ‘n’ Sips, Main Street Dance Co. and Graphics, Etc. However, the upstairs has faded into disrepair over the years.

The new owners decided to buy the building after walking through the upstairs hallways among memories of generations past.

More paint lines the original hardwood floors than adheres to some walls, but Turnage said, “the bones of this building are amazing.”

“This isn’t something you can build,” Turnage said.

“This is a piece of history that’s breathtaking when you come up here and see it and imagine it back in its prime. Something like this shouldn’t be wasted and sitting here idle,” Turnage said.”

Greene and Turnage want to keep the building as original as possible. The hotel consists of a few long hallways with bathrooms and sleeping quarters on each side filled with antique sinks, exposed brick and out-of-date radiators. The rooms are smaller than those in a modern hotel, so some walls must be moved to readjust, and bathrooms will be added in every room.

The building was designed with the interior rooms surrounding an open oval in the center of the building to give each room, inside and out, natural light and ventilation. A temporary roof covers the opening, but the original design would be restored when it reopens.

Turnage said he hopes McComb can become known for a bustling downtown area with multiple spots within walking distance for out-of-towners on a weekend getaway.

“We want McComb to be that place,” Turnage said. “We would like to have a couple restaurants to choose from, go to the Palace to see a live show. We’d love for this to be the destination.

“We have an end result. Now we have to get there.”

One thought on “Reclaiming the past: The McColgan Hotel”